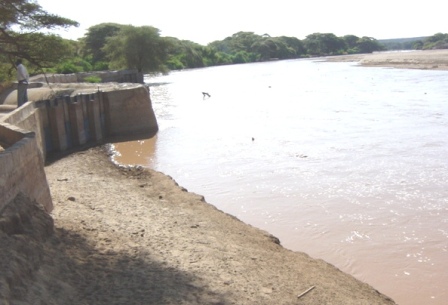 The actual services provided were:-

2. Geology of the dam site was evaluated. The report summarised the rock formations on the site and the integrity of the rock for firm dam foundation.

3. Map of the area that will be covered by the reservoir was made. The map revealed that dam cannot be constructed to the height available on the site due to existing sewage treatment works for Thika Town. A smaller dam would be uneconomical and would not serve the intended purpose efficiently.

5. Initial report on the dam detailed the geology of the site and also highlighted the possible sources of pollution. Upon consultations with the client further consultancy input on the dam was put on hold after the submission of the initial report.